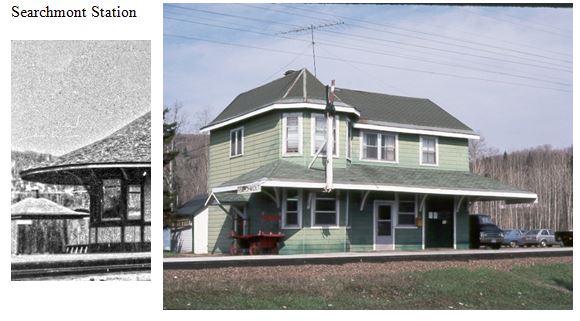 The Algoma Central Railway (ACR) station in Searchmont, Ontario was built in 1902. Constructed during the initial phase of ACR construction, this station was a component

of the development scheme for Searchmont. As one of the first communities along the ACR line, Searchmont played an important role in the master plan of turn of the century industrialist F.H. Clergue.  During construction, the ACR’s Master of Works altered the station's design to include a circular south end waiting room.  Although this has since disappeared, the remaining station interior retains its original form. Searchmont's station is still a vital ACR tourism depot. This role, together with the station's architectural attributes, creates a rare and active integrity. 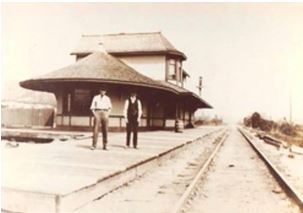 The station originally slated to be built at Goulais Junction for 5,000 was renamed and built in its current location in searchmont and the 30 x 100 foot station was completed in early August of 1902.” As the area's initial and most central public building, it housed interdenominational church services during its first winter.“Services soon moved to other quarters as more ambitious plans for the community were realized.

In 1929, the circular waiting room, also know as the smoking room, burnt down.  In 1944 the station under went renovations where the building was condensed as there was no longer a need for the extended freight shed, as well as updates were made to modernize the building.

The last family to live at the Searchmont station were the Federchuck’s.  Bill Fedorchuck was the last station master.  In 1994, the station was forever closed to passengers.  The station was opened two years later for Open Doors Ontario program, and then closed again.  The station was used up until 2000.

Today the station sits in disrepair waiting for some TLC to restore the building to its former glory.  The train today will stop at either the crossing on the highway, or just past Finn Road.  In January of 2014 a group called the Searchmont Station Preservation & Historical Society was created to save the only oldest surviving station on the ACR.  The group will be returning the station to its 1902 format 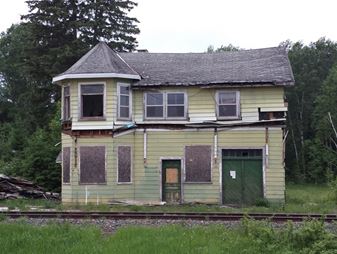 More info can be found in this document: Train Station