The main hall in the Searchmont Community Centre was named in honor of Walter Senko the teacher from Searchmont Public School that positively impacted so many in the community over his time here.  We are truly thankful for his contributions. 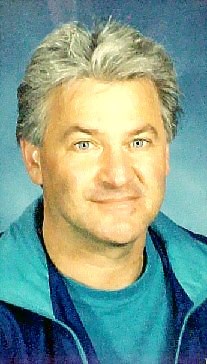 Senko (shown) was nominated for the award by the Elementary Teachers' Federation of Ontario.

"Walter was recognized as Teacher of the Year when he was presented the Norman S. Currie Award in 1987," says the teachers' federation in its nomination papers for Senko.

"Walter always had a dream that the Searchmont school area could be used as an Outdoor Education Centre for students throughout the district.

"Although budget constraints did not allow the Sault Ste. Marie Board of Education [now the Algoma District School Board] to act on this idea, Walter organized classes from the city schools to come out to the Searchmont area for outdoor education trips anyway.

"Many students and teachers in the Sault area have great memories of working with Walter in the Searchmont outdoors.

"Walter Senko brought music to his students and the Searchmont school community. He gave guitar lessons at noon hours and wrote songs with his students for events like the Kiwanis Music Festival and Education Week.

"During that time in our Canadian history when many feared the loss of Quebec to our country, Walter and his students wrote a song about keeping Canada together; this song was published and Walter's Searchmont class was heard on CBC North.

"People have great memories of Walter's care for the students, the small engines he brought in for the noon-hour 'hands-on' group, the log cabin and full-scale Indian village constructed near the school, the co-operative play days and the building of bird feeders to name a few.

"On Saturday, September 14, 2002 the Searchmont community gathered together to plant a tree in Walter's name and started up the Walter Senko Memorial Award to honour Walter's work in the community and with the students of the Searchmont area.

"Walter Senko, an active ETFO member, died on July 22, 2002. He will be remembered by so many," the nomination paper said.

The following are additional memories of Walter Senko:

- organizing a field trip to Moosonee

- graduation roast, open to the entire community and considered by many to be the high point of the year

- taking his classes to the Kiwanis Festival, sometimes winning with an original Senko-written song

- telling his students stories in the darkness of the basement

- always being the first to praise a student who spoke a kind or encouraging word, achieved a goal, or did a good dead

- having the Searchmont Community Auditorium named after him